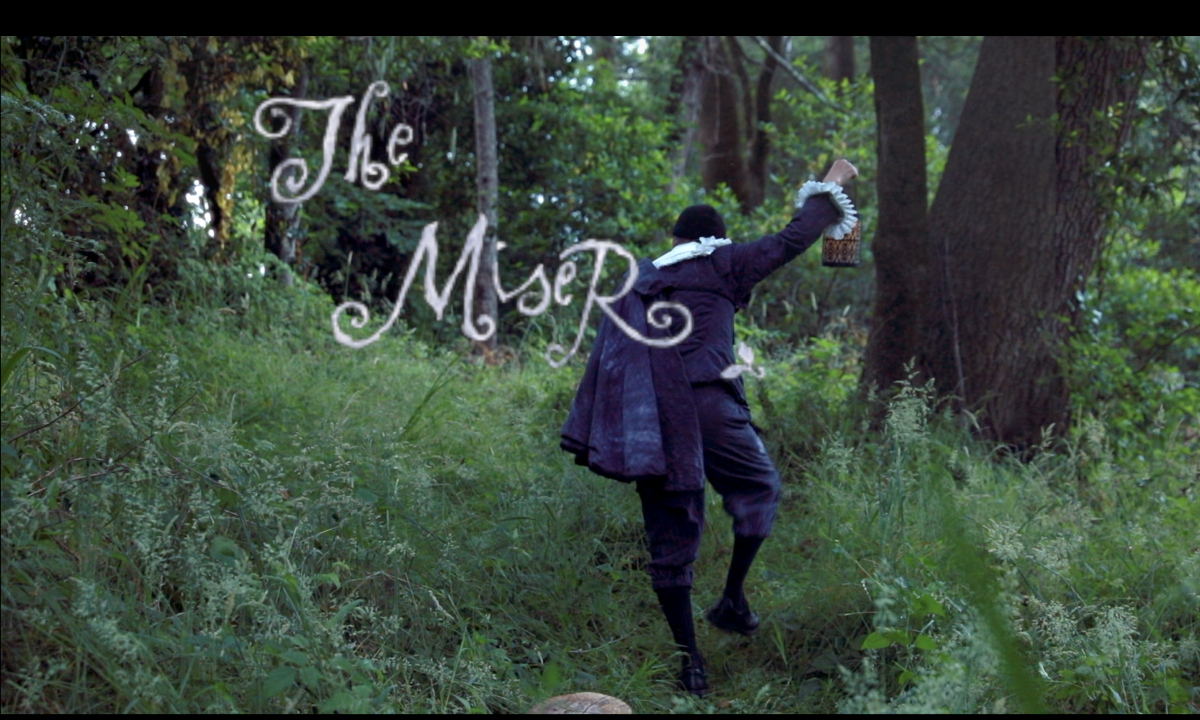 Theatre at St. Columba's is back in action!  Geoff Hoyle translated a fun, fresh version of this old play.

It is Moliere's 400th birthday this year - come on out to the gorgeous amphitheater to play watch!

The sixth production of D.I.Y. theatre after two years of COVID hiatus! ~  This is an actor-produced collaboration by local theatre professionals* for the West Marin Community.

In honor of Moliere's 400th birthday this year, we will be performing The Miser.  Local treasure Geoff Hoyle* has translated a fresh version just for us that promises to delight!

For the origin story, read below:

The amphitheater at St. Columba’s was designed and built in 1965 by Jack Mason (1911-1985), the beloved West Marin historian, writer and retired newspaper editor with deep roots in Inverness. It was built to host the West Marin Music Festival and for years symphonic works as well as opera wafted up the Inverness hills from this spot. After a few wonderful seasons, the Festival changed venues and the amphitheater area became neglected. It lapsed back into a wild land with the plywood platform stage and most of the long bench seating turning back into earth.

It was Mother's Day, 2015 and I told my husband that as a treat for me that day, I wanted to seek out the mysterious amphitheater that was supposedly hidden on the grounds of St. Columba’s Episcopal Church. A beautiful spot – but not used for at least 45 years!

The Sunday service had just gotten out when we pulled into their driveway. Eventually a kindly lady approached. When we asked, we were told that yes indeed there was an amphitheater buried in the weeds, and that they would love to revitalize it, but they did not have the resources or people with the skills and machinery to get such a project going.  At that moment, I realized what I needed to do.  No question about it. I immediately started discussions with the rector and church members and we all agreed: this place will get cleaned up and restored and I will produce a play there in three months’ time~! Our first crowdfunding effort was successful, as were those subsequent, and I am proud to say that several in the town have already referred to the annual plays as a “West Marin Tradition”. This gorgeous spot is directly across from Tomales Bay and sits on a gently up-sloping meadow, providing an idyllic atmosphere for picnicking and play-watching.

Great thanks to Fr. Vincent Pizzuto, PhD., the Bishop's Committee and the congregants of St. Columba's, and thank you to all who have supported the previous plays so enthusiastically and generously: Much Ado About Nothing, A Midsummer Night's Dream, Twelfth Night, The Taming of the Shrew and As You Like It.  With this year's cast and artistic team, including David Abrams as Director, The Miser  is looking to be another fantastic show!

*This production is presented under the auspices of the Actors' Equity Association Members' Project Code.

As usual, we plan to put this on in a very fast time frame; a breakneck speed for the actors to learn their parts and for all of us to dial in any technical requirements. Consider this a PSA that I am seeking some great volunteer support in painting, weeding, cutting, pasting, hot gluing and stapling! Of course the elephant in the room when discussing risks and challenges, is dodging exposure to COVID. Putting together a show in the midst of a pandemic is probably the most daunting among the multiple challenges of this venture. We plan to adopt COVID safety policies in line with the Actors' Equity Association Memorandum of Understanding, we require a vaccinated and boosted cast and crew, and we will fortunately conduct all of our rehearsals - as well as the show outdoors. One of the main reasons people go to theatre is the live shared experience: the true connection between actor and audience. Fun Fact: when at the theatre, the audience’s hearts all beat together as one! Many of these risks and challenges fold into the beautiful spontaneity of live performance – that with your generous support will enrich our local cultural landscape for another summer! I can’t express my gratitude enough to all of the friends and neighbors who have stepped in, lent a hand over the years and truly made these productions something to behold! It is humbling to see how these productions have grown over the years – a testament to the generous hearts and talents in our community!

The development of this site has been funded by grants from the West Marin Fund.

The on-going maintenance of the site depends on your involvement and your financial support. We provide these services free of charge as a benefit to the community. If you appreciate this work, please consider a donation. A small monthly donation of $5, $10, $25 or more per month, from our large membership, will sustain this project. If you've ever benefited from this online community nexus or the local forums, please give your financial support today. For more information please email info@westmarincommons.org. Thanks for your participation.